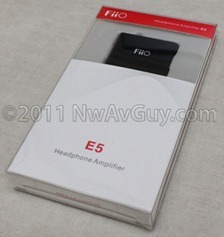 INTRO: Prior to posting some headphone amp and DAC reviews I wanted to cover some common issues with amps and DACs. Some wonder if they need one at all. Others wonder which is best.

HEADPHONE DACs vs DACs: This article deals mainly with the headphone amp section of headphone DACs. I will be covering the digital aspects of DACs in more detail in a future article.  Many want to know if they can get better sounding by adding a dedicated headphone amp or headphone DAC That’s the main focus of this article.

IS AN AMP OR DAC NEEDED? The short answer is: "probably less than people think". A lot of people have no real complaints with the sound they're getting but they read others claims of huge improvement in the sound by adding often fairly expensive hardware. But sometimes the perceived improvement is mostly psychological--a well documented phenomena much like how a more expensive wine often tastes better than a much cheaper wine until you put them both in plain brown paper bags. See: Subjective vs Objective Debate

FIXING REAL PROBLEMS: Some have good reasons not to be happy with the sound they’re getting directly from their device. It might have audible noise, not get loud enough, or otherwise be a poor match for their headphones. For these folks an amp or headphone DAC may indeed be worth exploring. But they're not a cure-all. They can, in fact, create more problems than they solve so don’t just run out and spend your hard earned cash on some magic box without doing some research.

THE CONVENIENCE FACTOR: An external AMP or DAC creates more cabling, many need power (or to be recharged), may force you to use a different volume control, etc. This generally makes things less convenient than just plugging your headphones directly into the source—especially for portable use on the go. So the hassle needs to have some real payoff or it doesn’t make sense.

DO AMP/DACS SOUND DIFFERENT? Sometimes amps and headphone DACs do sound different but not to the extent, or as often, as many might think from reading all the subjective reviews and comments. Here are most of the more common reasons:

A ROUGH GUIDELINE: If you have headphones designed for portable consumer use that have an impedance of 80 ohms or less it's very likely the manufacture designed them to be driven directly from a typical device like an iPod. Using an amp or DAC with such headphones usually won't improve their sound much, and might even make them sound worse or create other problems like excess noise and channel balance issues. This is especially true if your headphones already get loud enough for your tastes. Generally, 16 – 32 ohm headphones with a sensitivity rating of at least 100 dB/mW do not need an amplifier. The exception might be balanced armature IEMs due to output impedance issues. See: Output Impedance

iPOD DACs: I think most of these are a waste of money as most modern iPods already have very respectable DACs in them. For example, the iPod Touch 3G’s DAC outperforms the one in the popular NuForce uDAC-2. I haven’t tested all the latest iPod’s, but in general, their DACs already approach the point of diminishing returns. So it’s rather difficult to significantly improve on them. See my Sansa Clip+ review for some iPod tests. And an external DAC can make jitter worse because to get the signal to the external DAC the critical digital audio clock (the very source of jitter in the first place) has to be embedded along with the audio data and then extracted at the other end. This introduces a new, and potentially significant, source of jitter that’s not present with the internal I2S interface inside the iPod. To be brutally honest, most external iPod DACs are just manufactures looking to make more money off the “iPod audiophile revolution” not products that make sense.

PC DAC? If your source is a PC or Mac, should you use an outboard DAC? It depends. If your PC is your main music source and you have a very high quality speakers (which excludes 95% of “desktop PC speakers”) and/or headphones in the $200+ category, then yes you might want to consider an outboard DAC—especially if you can hear any audible flaws when using the one in your PC. But a lot of PC’s have respectable DACs in them. If the problem is your headphones not getting loud enough, just an amp may be enough. Even something inexpensive like the $20 FiiO E5 might do the trick.

EXTERNAL USB DAC ADVANTAGE WITH WINDOWS: Because an external DAC is an added audio device, you can divide up your PC sound sources accordingly. Have you ever wanted to listen to just music and still have all the other sounds on your PC play through your desktop speakers (so you don’t get surprising blasts of Windows sounds in your headphones while listing to music)? This is easy to do in Windows 7. You can also do it in Vista and XP if your player supports assigning itself to a different audio interface (like Foobar 2000 and many others do). This also lets you set the volume for the external device to maximum for bit accurate audio streaming while keeping everything else set lower if you want. See the Computer Audio Setup guide by Benchmark for more tips.

GOING SHOPPING: I was shopping myself for a decent headphone amp that would work well with a variety of headphones and sources and didn’t cost more than a nice new laptop. You can read about what I found here: Going Shopping Ultimately, I couldn’t find a decent “one-size-fits-all” amp so I designed my own and have shared the design as open source hardware. It’s called the Objective2 or O2.

BOTTOM LINE: I’ve tried to present the basics above. Sometimes it’s obvious when an external amp or headphone DAC is needed. But often it’s much less obvious. Before buying anything I would strongly suggest also checking out the following articles (also linked in the text above):

AMP CATEGORIES: In terms of their design, I like to divide headphone amps (or the amp sections of headphone DACs) into five broad categories:

MAC's & PC's CAN MESS THINGS UP: Even when you play a high quality FLAC file in say Foobar 2K you're still at the mercy of the operating system which has the ability to include all the other sound sources on your PC into the mix. And that might include things like the microphone input which tends to be very noisy. So, at the least, make sure you mute or disable as many unwanted sound sources as possible. If you have an outboard DAC you can set it up so your music source feeds it while everything else plays through the PC’s sound hardware. See the Computer Audio Playback Guide for more.

MAC's & PC's CAN DEGRADE RESOLUTION & ACCURACY: Depending on what computer, sound hardware, and operating system you have, your computer may not, by default, stream "bit accurate" audio even with an external DAC. On OS-X, before Leopard, the operating system took it upon itself to resample most audio. Resampling can have audible artifacts and isn't what you want if you're trying to play back that pristine FLAC file on your expensive outboard DAC. And before Vista and Win 7, Microsoft XP's built in "mixer" had some known problems delivering bit accurate streams. And there are often settings in the operating system or sound driver that let you configure various options like optimizing for small speakers, big speakers, headphones, etc. These settings amount to DSP and they alter the audio in ways that may degrade the sound of an external DAC. For more information about bit accurate streaming and how to assure you're getting it (when possible) check out: Computer Audio Playback Guide

USB POWER IS NOISY: Many of the reasonably priced USB DACs are USB powered. The USB power bus suffers from lots of noise. The very wires that deliver the DC power are right next to high speed noisy data signals bundled into the same cable. It's also power shared with other USB devices on the system which may even include things like RF Bluetooth or WiFi "dongles" which add RF noise.

VOLUME TRACKING: When you use efficient headphones on a high gain headphone amp, you will likely find yourself only using the first third or so of the volume control. This isn't good for several reasons. The obvious one is tiny movements of the control make relatively big changes in volume. And, due to the way exponential volume controls and voltage dividers work, the tracking between the right and left channels is usually much worse at the lowest settings. So using only the first third of the range means you're far more likely to encounter audible channel balance problems. Generally anything more than 1 dB of error can be audible. NuForce used an especially low quality pot in their uDAC-2. The one I tested had over 10 dB of error at the lowest audible settings!

BOTTOM LINE: If you’re happy with the volume and sound quality you have now, I’d strongly suggest simply enjoying the music and leaving well enough alone. If you think you need an amp, but are not sure, consider the $20 FiiO E5 as a toe in the water to see if you an amp will really help. For little more than the price of a CD or two you can try out a very decent little amp. If you want a more serious amp, I’m hoping my own O2 amp design will become commercially available offering a lot of performance at a very reasonable price. If you can’t wait, I’d suggest using products like the Violectric amps as your benchmark to compare others against. If whatever amp your looking at has limited or sketchy specs, you might want to do more research. If you’re after a DAC, the Benchmark DAC1, Grace Designs products, Anedio D1 and similar products can serve as excellent benchmarks to compare other DACs against. Again, if a manufacture can’t provide detailed specs, think twice. They probably either never even properly tested their product (as with the NuForce uDAC-2), or if they did, they’re embarrassed to share the results.